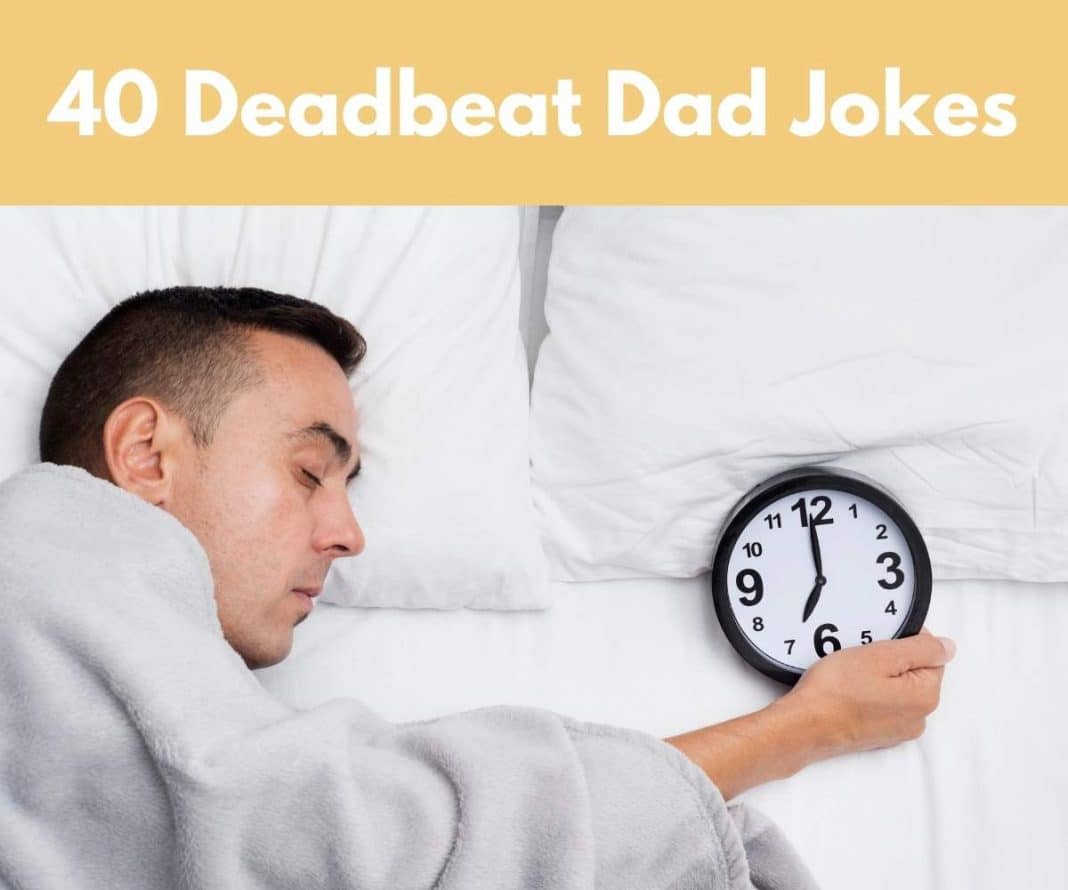 Here we have listed a collection of funny dead beat dad jokes to make you laugh.

1. Sometimes I’ll write the setup for a really good pun but just get bored and give up…

I’ve been accused of being a deadbeat dad-joker.

2. I finally asked my Deadbeat, Deserting Dad what makes him happy. His Answer?

He hasn’t gotten back to me.

3. I am writing you several tickets for violating  fatherhood rules:

Failing to pay child support, not helping your child’s mother raise your kid, and being a selfish deadbeat dickhead! 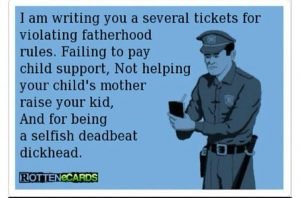 4. A circle trying to convince a deadbeat dad to attend his son’s game:

5. How many deadbeat dads does it take to change a lightbulb?

I wouldn’t know, mine’s never around.
(Alternately: “Well, he went out to get one…”)

6. Why do so many deadbeat dads love to play poker?

It’s the only time they can call or raise anyone without feeling obligated to follow through.

your deadbeat dad should be coming around soon to play “father’ with you. 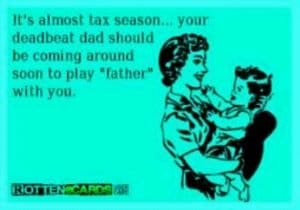 Daddy, since you lost your job and mommy is supporting us, should I give my father’s day card for her?

9. Why do so many deadbeat dads love to play poker?

It’s the only time they can call or raise anyone without feeling obligated to follow through.

1. Sees kids at their convenience
2. Doesn’t pay child support
3. Takes credit how great the kid is
Bitch! You have nothing to do with it! 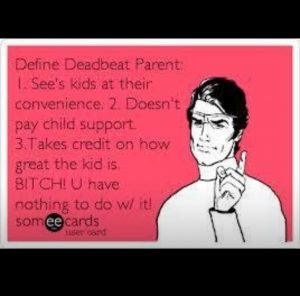 11. A married couple had a deadbeat son.

A married couple had a son in his late 20s still living at home. The parents were concerned that their son showed a disinterest with pursuing settling down getting on with his life.

With the son coming home any minute, the couple hid in the closet to see which item their son will choose.

“It’s even worse than I thought,” the father replied. “He’s going to be a politician!” 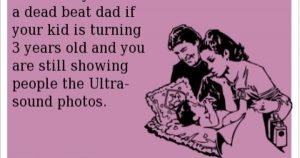 No matter how much it could potentially do, it never works.

White boy: every time I come over your dad is never home Tyrone

Tyrone: I said he at the store

15. Jesus is a deadbeat dad

Said he’d be coming back soon 2000 years ago and we’re still waiting.

May your Father’s day be as free of parental responsibility as every other day of the year. 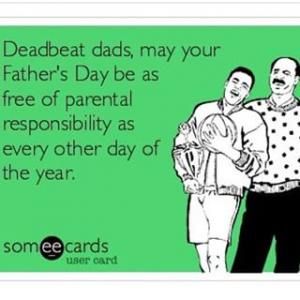 It keeps promising it’ll be there, but never shows up. 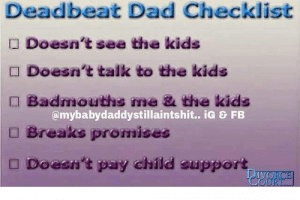 19. Do you know what is actually NSFW?

Not suitable for work? Yeah, all the companies he got fired from think so. 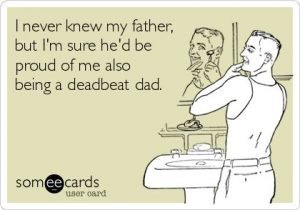 21. All you deadbeat dads

22. When your pops comes back home 18 years later and talking bout

“That line at Wal-Mart ain’t no joke!” 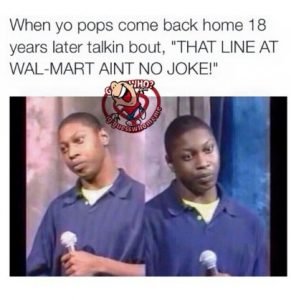 It keeps promising it’ll be there, but never shows up.

helping deadbeat parents everywhere pretend to be involved with their kids. 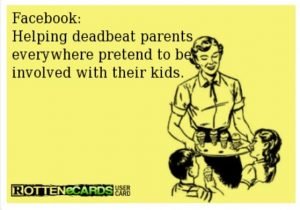 26. A circle trying to convince a deadbeat dad to attend his son’s game:

27. Trying to get your Ex to pay child support…

is like trying to win the lottery. It never happens

than donating your sperm

29. When your dad calls asking where his Father’s day gift is,

but he walked out of your life 10 years ago

then stand up and be a father.

before they walk out on their children. Because one day you might need them like they needed you growing up! 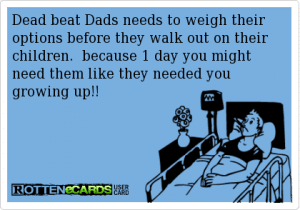 32. What does a hardware store and a deadbeat dad have in common?

33. What’s the difference between a deadbeat dad and a robot?

They both do well on creating, but suck at taking care of the offspring.

35. What is the difference between the pizza guy, and my dad?

The pizza guy shows up when you call him.

36. What do you call headphones that walk out on their children?

37. I’m horrified of my zombie children if I kill them

I’ll be called a deadbeat dad.

but don’t forget, some of us know you in real life.

and all should be neutered with a breadknife