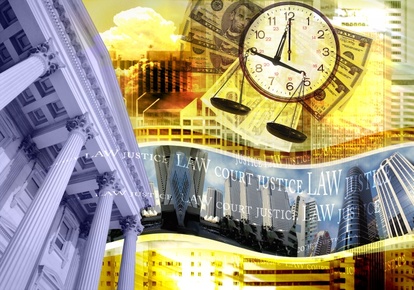 Experienced prosecutors and judges recognize that witchhunts depend on witnesses who will swear to have experienced things which never occurred, and defendents who confess to acts they never committed. But a zealot prosecutor will forge ahead anyway, sometimes leaving a judge overwhelmed by a situation out of control.

…prosecutorial zealots often lose all sense of objectivity, all sense of justice, and all sense of right and wrong. Suddenly guilt or innocence becomes irrelevant. What becomes paramount is “sending a message.”

–warnings of an ex-prosecutor

Combine draconian sex laws and a commercialized justice system with a zealous prosecutor, and you get:

Woman in case against Roman Polanski seeks dismissalShe chided the district attorney’s office for not dismissing the case earlier and for “yet once again (giving) great publicity to the lurid details of those events, for all to read again. True as they may be, the continued publication of those details cause harm to me … I have become a victim of the actions of the District Attorney.”

Wikipedia Censored In U.K. Over Nude GirlBut these sex-abuse zealots quickly retreated after admitting that their censorship had simply made the image more popular, Censor lifts UK Wikipedia ban.

Boy of 16 Branded for LifeExtremists obsessed with sex offenses dominate US Justice, exploiting the news media to gain public support.

10 Years in Prison for Oral Sex?In Douglasville, GA (just outside of Atlanta) a 17 year old honor student and athlete gets 10 years in prison for having consensual oral sex with a 15 year old…

Sex Police Arrest Boy Recipient of Child PornographyPressured by zealous prosecutors, the police arrest a 13-year-old boy after he received a naked picture of a girl on his phone. She apparently had sent the photo of herself to several students.

Therapist Loses License and One Million DollarsTherapists are the enablers of these prosecutor sex zealots, and the news media is their sugar daddy.

Women Who RapeWomen once thought they were safe from such charges. Not any more, now they are free game in a justice system out to maximize its own power and profits.

Incest: Boy Accused of Forbidden KissThe lawyers and therapists who profit from such cases were unable to conceal their delight with Colorado’s seizure of the boy.

What the legal experts say:
“To the extent that a prosecutor aligns herself too closely with the victim, a prosecutor may compromise her ability to evaluate the case objectively, to weigh the credibility of the victim impartially, to exercise her broad discretion fairly and dispassionately, and to protect the legal rights of the accused.”
—Prosecutorial Ethics and Victims’ Rights: The Prosecutor’s Duty of Neutrality, by Bennett L. Gershman, Princeton University, NY University School of Law, Prof. of Law at Pace Law School, in Lewis and Clark Law Review, Vol. 9:3, 2005

If we only had to worry about prosecutors aligning themselves with victims, the experts’ advice would be serious enough. But there is something altogether different going on. There is a conflict of interest between justice itself and the legal profession. The lawyers, both prosecuting and defense lawyers, earn their living on abuse cases. The therapists do too, and the news media. The bigger the story, the more shocking the details, the more fame and fortune there is for all of these scammers. If the truth isn’t as exciting, then the truth will be of little interest. And without truth, there is no justice. Commercialism destroys justice.

Resources:
Why Innocent People Confess
Essentially, 95 percent of American criminal defendants are tried under a system entirely different from the one we learn about in school. Not only plea bargains, but unofficial offers of lighter sentences mean that false confessions are extracted daily from innocent people.

From Amazon.com:
Witch-Children: From Salem Witch-Hunts to Modern Courtrooms

“…the classic “Salem syndrome” is anything but past history; it is frequently re-enacted in the modern courtroom.”