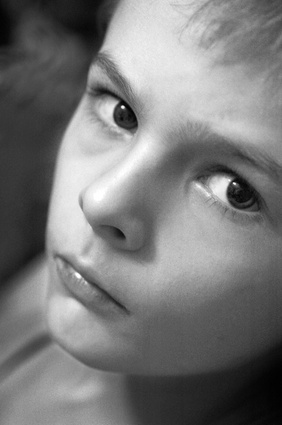 Heather Thomas of Fairfax, VA was arrested last week in the shaking death of her 6-day-old granddaughter. On Christmas Day Valerie Kennedy held her son in a tub of scalding water as punishment, causing his death. A few days later Genevieve Silva was arrested in Oklahoma on child rape charges for luring a high school student to run away from home.

Chances are you didn’t read about these incidents in your local newspaper. Because when a man commits abuse, it seems the story is splashed all over the front page. But when the perpetrator is a member of the fairer sex, the story is relegated to the bottom of the Police Report on page C9.

Each year the federal Administration for Children and Families surveys child protective service (CPS) agencies around the country to spot the latest trends in child abuse. And according to the National Child Abuse and Neglect Data System, women are the most common abusers of children.

In 2003, females, usually mothers, represented 58% of perpetrators of child abuse and neglect, with men composing the remaining cases. In that same year an estimated 1,500 children died of abuse or neglect. In 31% of those cases, the perpetrator was the mother acting alone, compared to 18% of fathers acting alone. [www.acf.dhhs.gov/programs/cb/pubs/cm03/index.htm]

Then there’s the scandal of Dumpster babies. In 1998, 105 newborn infants were discovered abandoned in public places. One-third of those babies were found dead.

In a civilized society that makes adoption services widely available, that practice should have been condemned as unconscionable and wrong. But instead of prosecuting the abandoners, we accommodated to the societal imperative to provide choices to women no matter the moral consequences. So we passed laws to establish safe havens.

Under New York law, mothers can now anonymously drop off their infants up to five days old. But if she later has second thoughts, not to worry. She can come back and reclaim the child up to 15 months later.

That satisfaction-guaranteed-or-your-money-back offer might work at a Macy’s handbag sale, but that’s not how a moral society treats its most vulnerable members.

Patricia Pearson has written a blockbuster book called When She Was Bad: Violent Women and the Myth of Innocence

Remember Andrea Yates who admitted to drowning her five boys in a bathtub? Of course the National Organization for Women rushed to her defense, claiming that postpartum blues justified the serial murder. And the Texas 1st Court of Appeals ruled that her conviction should be reversed.

And shame on reporters who use limp clichÃ© to excuse the inexcusable. Like the story about a New Orleans mom who stuffed her 3-month-old son in the clothes dryer and hit the On button. This was the feeble explanation that the Times-Picayune offered in its December 8 edition: Murder Suspect Was Trying her Best. [www.nola.com/news/t-p/metro/index.ssf?/base/news-12/1134027521231650.xml]

As long as we tolerate this gender double-standard, the problem will fester and grow.