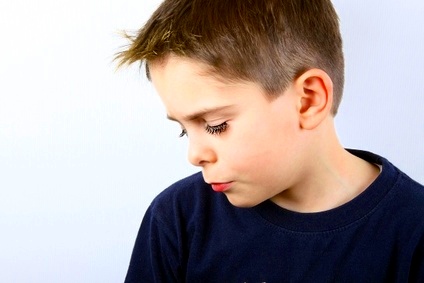 Six days after graduating from Milton High School, Mickarl Thomas tragically died in a single-car accident. Affectionately known as Mikey, he was the co-captain of his Boston-area football team and the only black male in his honors classes.

Growing up in a family with two sisters and no father, Mikey had a strong need to hang out with other African-American guys. It’s that old thing about men needing to learn about masculinity from other men.

As chance would have it, a few years later his mother Carole, now a successful consultant, was hired by the school to do a diversity assessment. Her report acknowledged the sudden death of her son and then pointedly noted, “The ultimate question is finding a way to encourage black males to succeed academically in a way that does not demean the ethnic trust and respect they so desperately need.”

But it turns out the problem of male achievement at Milton H.S. is not limited to minorities. Doug Anglin, a white 17-year-old senior at the same school, filed a civil rights complaint with the U.S. Department of Education. His allegation: Milton High discriminates against boys.

At his school, girls outnumber boys 2 to 1 on the honor roll, and about 60% of Advanced Placement students are female. Only 36% of teachers are men. And in one class, students are expected to fancy up their notebooks with glitter and feathers.

Ignoring the statistics and oblivious to the heartfelt plea from the diversity consultant, school administrators seem to view the boy problem more as an inconvenience than a crisis. In a recent Boston Globe interview, Milton High principal John Drottar would only concede, We’re aware of it. We’re looking into it. [1]

Twenty years ago the boy crisis did not exist.

True, boys didn’t do as well as girls in reading and spelling, but they compensated for that with higher science and math scores. Similar numbers of men and women graduated from college. All in all, things seemed pretty equal back then.

But everything changed in 1992 when the American Association for University Women released its intellectually-dishonest, self-serving report, “How Schools Shortchange Girls.” The document charged that girls were treated as second-class citizens in the nation’s schools, which made them suffer from a crippling crisis of self-esteem.

But some had their doubts. One New York Times reporter interviewed Diane Ravitch, former assistant secretary of education. Ravitch shook up the educational establishment when she revealed, “The AAUW report was just completely wrong. What was so bizarre is that it came out right at the time that girls had just overtaken boys in almost every area.”

Smarting under criticisms of bias, the AAUW commissioned a second report in 1998 called Gender Gaps: Where Schools Still Fail our Children. This time the AAUW decided to come clean with the truth: National data indicate that girls consistently earn either equivalent or higher grades than boys in all subjects at all points in their academic careers.

But that admission could not undo the damage. Because four years before that Congress had been stampeded into passing the Gender Equity in Education Act, which singled out girls as an under-served population. The Act pumped tens of millions of dollars into advocacy research and feminist-inspired programs, all based on the fraudulent claim that girls were lagging in an all-encompassing patriarchal society.

The front cover of Newsweek magazine announced The Boy Crisis. The article did not admit that boys are lagging because our schools have been turned into feminist re-education camps. Rather, were told the problem is with male gray-matter, what Newsweek dubs the boy brain.

But the boy brain theory doesn’t explain why two decades ago, boys were doing just fine. And why did the number of boys saying they don’t like school sky-rocket 71% from 1980 to 2001? Well, that question stumped the Newsweek reporters.

It’s one thing to acknowledge the God-given neurological differences between the sexes. But somehow the boy brain theory reminds me of the KKK-types who once claimed that since the brains of certain races were slightly smaller, those people had puny intellects.

Four months from now Carole Thomas will commemorate the ninth anniversary of the death of her only son. Let’s hope we come to recognize that Mikey’s story was not merely one of a life brimming with promise that was cut short by a terrible fate, but rather an object lesson in why boys are falling behind in a glitter and feathers world.