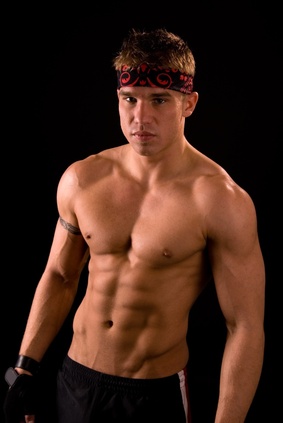 This could be dangerous, I thought. This is Los Angeles, early
June 1992. And, besides, it’s getting dark.

Stranded and alone, hauling a heavy suitcase along Washington
Boulevard east of Lincoln Avenue, unable to find a phone that
made sense or a taxi dispatcher interested in my fare, I was running
late for my plane at LAX. I decided that this was a chance I needed,
no, wanted to take. I approached three young Hispanic men standing
outside their car in a fast food parking lot.

But first a little background.

I had just spent four days in the mountains above Palm Springs
at a conference of men who wanted to give the nation new hope
for old and growing problems. We were a few of the big fish in
the small pond that some have called the men’s movement. We agreed
that what the nation most urgently needs right now is a massive
infusion of strong, noble, loving, nurturing, healthy masculine
energy to counteract America’s malaise, impotence and social pathologies.
We talked a lot about the importance of fathers, both as an archetypal
metaphor and as a practical reality.

Back in the fast food parking lot I warily approached the three
young, black-haired, brown-skinned men. “How ya doing?”
I said calmly and evenly. “I’m trying to get to LAX and I’m
running late. The cabs and the phones aren’t cooperating. How
much money would you need to take me?”

They looked at each other. One of them in a white T-shirt said
to the one who must have been the driver, “Go for it, man.”

The driver hesitated. I said, “Name a price that makes it
worth your while.”

He looked straight at me. “Ten bucks,” he said.

“Let’s do it, man,” said the T-shirted youth. The driver
nodded and popped the trunk. “You wanna put your suitcase
here?”

“No, thanks,” I answered straight back. The image of
being forced empty-handed out of the car was clear in my mind.
“I’d rather keep it with me.”

So there I was, entrusting my life to what I hoped to be “positive
male energy.” I was thinking we should go west to Lincoln
Avenue. We headed east. Now what?

But then we turned south and soon we were on a freeway. I knew
it could have been stupid, but I took out my wallet, removed a
twenty and said to the driver, “Here, I want to pay you now.”

The driver took it with a simple “thanks.”

T-shirt, sitting in the back seat with me, my suitcase between
us, smiled knowingly and said, “It’s okay, man. We’re good
guys.”

I nodded and shrugged, “I sure hope so, because if you’re
not, I’m in big trouble, aren’t I?”

They all laughed and then T-shirt spoke up. “So where you
from?”

“Oh, man, it’s nice back east. That’s what they say. Green
and everything.”

I smiled and nodded, “Yeah. And back east, L.A. is our idea
of heaven.”

Every issue we men’s movement guys had talked about during our
conference in the mountains was in this car. It was time for a
reality check. “How old are you guys?” I asked.

They were sixteen and seventeen. They were all in school and had
part-time jobs. T shirt and the driver worked in a restaurant.
The quiet young man riding shotgun didn’t say.

“Tell me about the gangs. Are there gangs at your school?”

“Because there’s no hope in it. You just get a bullet in
your head.”

“Yeah, but what hope is there for you outside the gang?”

“I don’t know. I just want to get a future. Do something.”

“What’s the difference between you guys and the guys in the
gangs?”

“Yeah, but why not? What’s the difference?” I gently
pressed.

I let the question sit for a moment, then started up. “What
about fathers? Do you have a father at home?” I asked the
youth in the back seat with me.

“How about you?” I asked the driver.

And the shotgun rider volunteered, “I got a dad, too.”

“How about the guys in the gangs? Do they have fathers living
with them?”

“So maybe fathers make a difference?” I suggested.

“Why?” I probed. “What difference does a father
make?”

“He’s always behind you, man, pushing you. Keeping you in
line.”

“Yeah. Telling you what’s what,” driver and shotgun
agreed.

And I was taken safely right where I needed to go. The driver
even asked what terminal I wanted. On time. Without a hitch.

I met eighteen amazing men at the conference in the mountains.
I am eternally grateful for their wisdom and their urge to heal
the nation.

But the most amazing men I met on my trip were the three youngest
ones, Pablo, Juan and Richard — amazing because in spite of everything
they were trying to be good.

“What Fathers Do” is reprinted from “Full-Time
Dads” May/June 1995 issue with permission of the author. Copyright © 1992 by Jack Kammer. Jack Kammer is also the author of Good Will Toward Men (St. Martin’s Press, 1994) and If Men Have All the Power How Come Women Make the Rules? Full-Time Dads is published 6 times a year. Subscription information is available from FTDMAG@aol.com.