The Role of Support 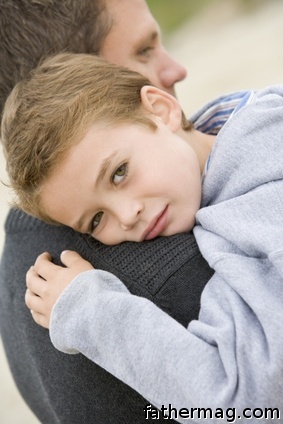 When you telephoned here on the eighth of last week you asked how things were, to which I replied that I had nothing to say to you. Yet I do have some things to say. Your question on the phone seems to me rather in line with the person who, having put a bellows to a fire, later stops by the scene to ask how things are going.

Prior to your arrival last July, I had made a telephone comment to Steve, and later to Laura, that I thought Christina was “stressed out.” The matter was serious enough for me to have gone to two doctors, one of whom thought estrogen could be a consideration [among several others], and another who thought there could be a relationship to the severe heatstroke and simultaneous epileptic fit Christina suffered some years ago. Such was with dangerously long-delayed attention, and without post trauma follow-up. The last time she said “I love you” was on the hospital gurney, strapped down. And thereafter there was a downhill trend, slowly at first, up and down moods in fits and starts, increasing loss of control of her temper, more incidents with the children, and then steady toward the present, now assisted blindly by her “supporters.”

Shortly after my comments to Steve and Laura, I said the same to you, that I thought Christina was stressed out, to which you replied “we’ll see about that,” announcing the next day that you were flying over. That Sarah, Tish, and other of Christina’s girl friends also said to me, and I here use their words, that “Christina is frantic” [Tish]; and, upon my bringing it up with Sarah, “that word characterizes our relationship” [a several year relationship]. Once you were here they all ate their words and performed fealty. After all–one for all and all for one, the clubby way; regardless.

You entered our house to destroy. Yours was an intervention characterized a blind, unjustified blaming of me who had dared to suggest that things were not right with Christina. Within weeks of your house-wrecking our marriage was all but over.

Symbiotic contagion can occur within social groups. Divorces can be rather catchy. This is a game particularly relished by some suburbanites. Christina became enmeshed in, indeed impelled and abetted Carla’s sudden push towards a divorce. By word and osmosis they transacted, each to each, “support” to a degree of altruism where they started wearing the same clothes last summer–the blue bathing suits and straw hats with black bands. Christina rolled many of the cannon balls that Carla fired at a most undeserving Bruce. I know this because I heard about it daily from Christina, long before the inferno was turned on me. It was their daily main topic, the boulder they shouldered to the precipice.

Increasingly, I became victim to this symbiosis. After a while Christina started firing her missiles at me upon her return from gabby meetings with Carla, and, as the drama widened, other friends. I’ve long held that when the bowling ball comes at you in a marriage several signatures are on it; but things were now different, and the ammunition, annihilating.

The White’s divorce entered the courts with a largely undeserving and reluctant Bruce in the wash of it. The shock and stroke of “support” intensified, becoming ever more blind. Some of the goings-on were appalling, Christina clandestinely helping to empty the house but quickly scampering off the property upon the return of Bruce. Christina turning a blind eye when Carla’s older daughter, 15, slapped Winnie, then 7. Christina, driven by the bond of reciprocal “support,” not cognizant of Carla’s earlier, quiet intention to have the Board censor her for “not minding her children.” [ Will this circle close? ]

When all remedies of repair or intervention were exhausted by me, I was told by Christina, two days before her friends assisted her in setting up my false arrest, that she intended on filing papers. Of course it turned out that I filed first, and quickly, on evidenced charges.

The names of all places and participants in this true drama have been changed. Resemblance to any person, living or dead, is unintentional.
0shares