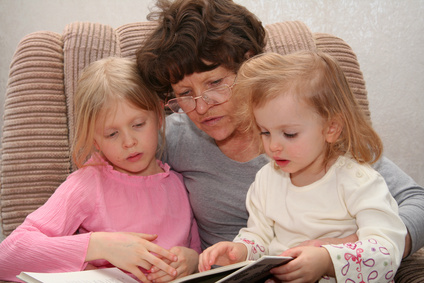 To Whom it May Concern:

I am the mother of a son caught in the debtor’s prison with back child
support payments due. I have been blackmailed into borrowing money to get
my son out of an impossible situation. Before I begin, I want to agree
that something must be done about delinquent fathers who just leave their
families, but I think that each case should be given consideration. I know
my son is spoiled and plays an important part in the divorce, but no one
deserves this type of punishment.

My son was married, we thought, to a lovely girl with whom my whole family
fell in love. I was told later by her best friends that she had always
been wild and loved to go to western dance halls, and loved to drink. She also likes to have affairs. She started seeing a character at one of these dance halls that she and her single friends frequented. If my son did not want to go with her to these parties, she would leave him at home with their two beautiful little girls, and go out dancing and clubbing till the wee hours of the morning. My son worked at night for my husband and sometimes would come home only to find strange people in the house taking care of the children, or he would get a phone call as to where to go to pick up the babies (4yrs. and 1yr.); she was out with her friends.

One day out of the clear blue sky, she told my son that she was bored with her life, and she was too young to be tied down. The next day he was talking to some of his friends, and they told my son that they had seen his wife out dancing several times with the same guy. My son checked around amoung the places she liked best, and found out that she was having an affair. When my son confronted her, she said “Yes,” and that she had filed for a divorce. She had him served with an injunction and he was thrown out of his home. All of this before he had a chance to think.

How did she do it? Well she simply planned with her lover to go to a
lawyer and say the “child abuse” words, and that she was afraid he would
hurt her. The court did not even investigate his side of the story. My
son was so hurt that he broke into his home and tore up all her clothes and
things and threw everything out in the yard. That just made her case seem
more real. I told her that she was lucky it was just her clothes he
destroyed, some men might have attacked her physically. She moved her new
lover into the house, and he took over my son’s role.

Why do courts think that men have no feelings and cannot feel pain? My son
was broken. His whole life was shattered. When I talked to him he said,
“Mom, she took everything from me. My love, my home, my truck, clothes and
now she has brought this stranger in to replace me as their father!” She
told us that the kids were too young to remember him for very long.

She told the court that she was afraid that I would try to kidnap my granddaughters from her, so I cannot see them. She said the same about my daughter. My daughter kept the four year old for a whole year while this girl could get her hair dressing license. She and her husband dearly loved the child, but they cannot see her. In other words this woman and her new lover have hurt this family, deeply, but the court lets her get everything and keep us from those little girls. Even her best friends testified in court to all I have told you.

My son went into depression, he cannot see his girls, he has been unable to get a good job, so of course he fell behind in his child support. He finally found a job with an electric company that wants to train him and even send him to night school. He also has a job working at a feed store in the evening. While he was working, the sheriff’s department came out and arrested him on the job. Now he sits in a Texas jail with some terrible criminals. The longer he sits there the bigger the debt. The bigger the debt the longer he sits there. When I talked to the lawyer, he says the punishment part has nothing to do with the term, they know that the families love their son or brother so much that they will find some money somewhere. BLACKMAIL!! In other words she is sticking the knife into the whole family. She knows that we love him so much, that we cannot leave him there. She also knows that I too cannot afford this level of child support.

You probably hear these stories over and over. If you think this one is bad, I may tell you about my oldest sons torture through this same court system some day. Is there any hope?? I know that marriage and family do not have the same values for young people that I had. But my son was raised by me, and has different expectations from a marriage, and he gave his whole heart to her.

She was raised the way her babies will be raised, and so they probably will
not have a chance to know the meaning of a close family. We have heard now
that she has lived with several men, before she married my son. How many
“uncles” will they have? They will be raised to think their father abused
them, did not want them, and would not even feed them. What will they
think of their grandmother, and why did their favorite aunt and uncle stop
wanting them?

My prayers are for these fathers who get caught in this maze of uncaring courts, and laws that do not give equal consideration for the father’s needs and emotional stress. Laws that were made to appease women’s groups do not represent the majority of women.

I was never for the NOW GANG. They are a group of bitter, angry women who will never be happy until they have men prostrate before them. May God forgive their misguided wrath.

Thank you, if you read this far,