What is cyberbullying and what we can do about it

by Ceil Than and John Edward Gill 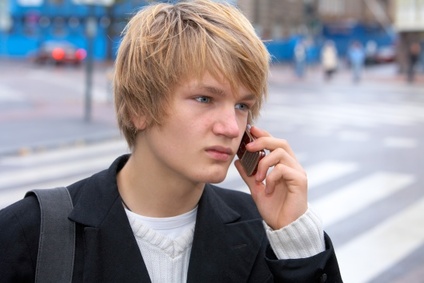 Parents often lament that they can’t keep up with the technology their children are using. However, parents are also the number one line of defense against cyberbullying and the number one resource for a child who has been bullied. A strong parent-child relationship is the best way to identify and help a child who has been bullied, or to prevent a child from becoming a bully. (To learn more about the warning signs of bullying, see Bullies and Their Victims Disarmed.) As Ryan’s father points out, parents must be aware of the enormous power of online bullying to hurt a child’s feelings in a way that leads to serious depression.

According to Parry Aftab, globally acknowledged authority on cyberbullying, parents can draw on their “old-fashioned” knowledge of how to deal with the schoolyard bully to help in dealing with a cyberbully. Aftab lists common sense prevention tips, like these, on her website www.stopcyberbullying.org:
Discuss with your children what they do online and who they communicate with.
Tell your children to keep personal information such as their name, address, telephone number, school, and physical attributes, to themselves.
Limit the amount of time your child spends online, and make sure family time takes priority.
Make sure your child practices good cyberbehavior, such as refraining from illegal downloads, or flaming, that is, sending a provoking message through a chat room or e-mail.
If your child has been flamed, tell him to “walk away,” that is, exit the cybersite, and tell you or the moderator of the site.

Watching for signs of change in your child’s behavior is another clue that he or she may be the victim of a cyberbully. Most children are reluctant to tell their parents about cyberbullying. Ryan’s father did not find the threatening instant messages until after his son’s death, but in retrospect, he writes that Ryan seemed to spend more time online before his death. The most frequently given advice is for parents to take note if their child:
spends more time than usual online,
changes his or her group of good friends or stops spending time with them altogether, or
seems withdrawn or depressed and uninterested in spending time with family or on hobbies that he or she used to love.

Knowing When to Make a Call

At its mildest, cyberbullying is a one-time, name-calling incident. At its worst, it is a continuous, ruthless mocking that can lead a child to suicide. How does a parent know when to call another child’s mother, and when to call the police? Aftab’s website advises parents to:
evaluate the type of threats being made,
how often the threats are being made, and
the ways that these threats are being made.
Some of the most serious offenses involve repeated posting of a child’s picture or personal information on blogs or websites, chat rooms or e-mails along with derogatory comments about their personal appearance or activities. Others involve messages such as “No one likes you. You should just die,” or direct threats, such as “I am going to kill you.”

Aftab’s website also warns parents that if an adult is involved in any way, the incident becomes cyberharassment or cyberstalking, and may necessitate a call to the police. There have been many well-publicized cases of online predators, adults posing as teenagers and soliciting victims via My Space or chat rooms, who have been caught and prosecuted. However, in many cases, laws against cybercrimes are not strong enough or not even in existence.

In October 2006, thirteen-year-old Megan Meier hung herself after being rejected by a boyfriend she met online. According to a 2007 New York Times article, Megan met Josh Evans through her My Space webpage. After weeks of a building friendship, Josh began to write insulting messages on the webpage. That began an increasingly nasty exchange in which other My Space users joined in to insult Megan, and ended with Josh’s last posting: “The world would be a better place without you.” After Megan’s death, her parents discovered that Josh was the creation of their 47-year old neighbor and mother of Megan’s former friend who began the hoax to help her daughter get even with Megan for ending their friendship. She has been investigated, but not prosecuted. A law making Internet harassment a misdemeanor was not put into effect in this Missouri town until a year or more after Megan’s death.

Revenge is a typical reason a child might become a cyberbully. One teen might want to get back at another for a slight that occurred in school or at the mall. According to Aftab, many cyberbullies have been bullied in the schoolyard and turn to the internet to feel that same type of power to humiliate. Others become bullies as entertainment because they are bored. Some even accidentally become bullies because they accidentally sent a message to the wrong recipient.

Not all cyberbullying has to end tragically. Anyone can become the victim or the perpetrator of cyberbullying, and everyone can stop it. Aftab cautions that any child can become a cyberbully simply by sending an angry response to an e-mail or to being flamed and allowing the exchange to escalate. He sets the peak period of potential to bully or be bullied at between 8 and 15 years old. He writes that, for the most part, older adolescents have grown more mature in their behaviors and responses. The key for kids is knowing enough to stop and tell their parents, and for parents to keep a close eye on their children both online and off.

Ceil Than is a freelance writer, editor, and educator who has published fiction and non-fiction on a variety of topics. She is currently working on a children’s picture book.

View page one: Cyberbullying: Facing the Bully in the Computer