by Joan B. Kelly
Executive Director of the Northern California Mediation Center

(These independent notes made by Arthur Ignatiadis and Dr. Richard C. Weiss) 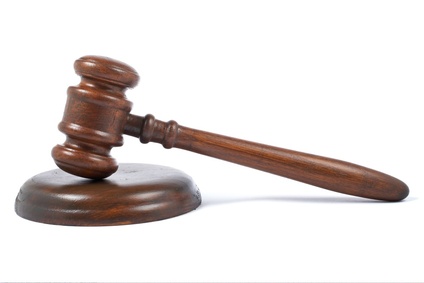 Attachments of Infants and Toddlers to Parents
* At 24 months of age, children achieve object constancy, which means that they can retain the image of a parent well enough to tolerate some separation from that parent.
* By 6 to 7 months of age, children form important, early attachments to the father as well as the mother.
* At 18 months of age, the child’s preference for the primary caretaker disappears; the presence of either parent is satisfactory to the child; either parent is seen as capable of raising the child. Visits of only one or two hours duration with a parent are inadequate.

Maintaining the Parental Relationship
* Legal conflict, apparent to judges in court, must not be confused as equivalent to genuine conflict outside of court. Legal conflict is not sufficient cause for sacrificing continuity of children’s contact with fathers.
* Courts have over-emphasized providing geographic stability of residence for the child at the expense of the more important emotional stability of regular time with each parent.
* After divorce, children need to have a maximum of resources available through time with both parents, rather than removing one parent from their daily lives, which lessens resources available to children.

The Process of Divorce
* Two-thirds of all divorces are psychologically initiated by women (i.e. they want and instigate the divorce).
* Only 9 to 12 percent of separated or divorced parents remain angry in the long term with the other parent.
* The act of separating itself precipitates and builds conflict between couples. Some become chronic litigators.

Fathers as Parents
* Visitation makes fathers peripheral in their children’s lives. This realization results in fathers dropping out.
* Boys living with their mother perceive more hostility directed at them by their mother, because the mother is unconsciously reminded of the boy’s father.
* Actively involved fathers participate in their child’s homework, sports, school, and extra-curricular activities. This is only achievable by sharing physical custody.
* Children really like and prefer a shared physical custody arrangement. What children want is regular involvement of both parents in daily activities; they do not mind the inconvenience of changing residences to achieve this. Children are not satisfied with standard visitation schedules. Separations of 10 days or more are much too long.
* In California, child support is adjusted to account for time spent with each parent.
* Lack of specificity in parenting schedules allows mothers to deny parenting time to fathers, resulting in conflict and fathers dropping out.

From the Child’s Standpoint, a Fixed Parenting Plan Is Essential
* Children need a balance of work and play with each parent for their development. Just spending work time with mothers and playtime with fathers is detrimental to the child’s relationship with either parent.
* As children grow older, from infants and toddlers to school age, parenting schedules must evolve to recognize this change in circumstances.
* Children of 8 or 9 years of age can adapt to alternating physical custody between parents.
* Between the ages of 6 to 9 is a critical period for children’s moral development and preparation for academic achievement.

Guidelines for Parenting Schedules
* Involvement of both parents after divorce means each can actively monitor and support the child, while providing relief to the other parent. The unique and overlapping contributions of each parent become more important. Parents monitor curfews, limits to dating, drinking, partying, sexual activity, drugs, etc. Sole custody arrangements should be discouraged: one parent is usually not sufficient alone to monitor these behaviors.
* As children get older, there is an increase of autonomy and less relevance for a primary caretaker: the children are taking on more responsibility for themselves (washing, getting dressed, eating, etc.).
* Research clearly shows that father involvement at school benefits children.
* Extended weekends-picking up the child at school on Friday, and dropping off at school on Monday-is common in California. This arrangement not only provides more uninterrupted parenting time, but also effectively reduces conflict by avoiding contact between parents! Furthermore, there is a full day to be enjoyed on Sunday, without the dampening effect of returning the child that day. To implement an extended weekend schedule, parents only need to keep basic needs, such as pyjamas and underwear in each home.
* Children do not feel that regular contact with each parent is disruptive. They do not want long periods between seeing each parent.
* Mid-week visitation periods restricted to only a few hours are inadequate when the child is attached to both parents. It should instead be for overnight.

Preference for Joint Physical Custody
* Conflict between parents is of less concern to children if they can regularly be with each parent. As long as a child has a healthy relationship with each parent, high conflict between parents is not sufficient cause to automatically rule out joint physical custody.
* Children need and want more time with their father than is traditionally allowed. They want frequent and continuing contact with both parents.
* Even when joint physical custody is imposed upon mothers over their own objections, they eventually get to like it because of the freedom it affords them to do other things, and parental conflict subsides over time.
* Some mothers will object to anything; it makes sense to overrule them.
* Children themselves prefer a joint physical custody arrangement. Going back and forth between residences is generally not disruptive to children and does not increase instability.

Scheduling Joint Physical Custody
* For school age children, parenting plans have varied considerably. Generally, if both parents are geographically close to one another, and neither is abusive or otherwise unfit, a shared parenting arrangement is preferred and shown to promote the best outcome for the child. The better plans provide nearly equal custody; the best are those with alternate weekends and either a split week or alternate weeks. The former minimizes parental separation to between 2 to 5 days, and the latter to 7 days. An alternate-week visitation plan is best suited for older children. Toddlers need more frequent contact with each parent to minimize separation anxiety.

Prevalence of Joint Physical Custody
* As far back as 1990, joint physical custody (defined as a minimum of 35 to 50 percent of time with each parent) was the case for 18 to 30 percent of custody arrangements in California.

Consideration for the Child’s Preferences
* Articulate children as young as 10 or 11 years of age are quite capable of expressing their own desires, which should be heavily considered.